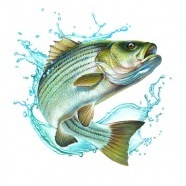 If you could use only 1 natural and 1 artificial