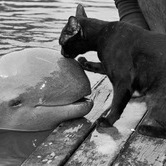 Is it Possible for the Trumpers to...

Started by The Dude, August 10