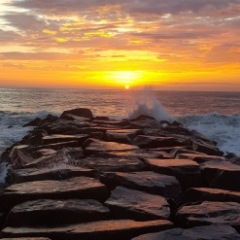 Where is all the sand coming from?