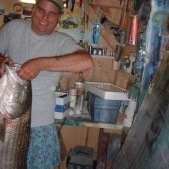 Is there a Thread for Found Plugs?

95 posts in this topic