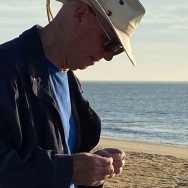 Sinker in the surf thoughts