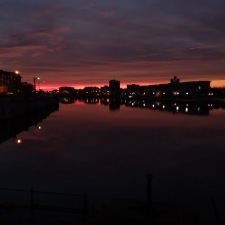 North of the Driscoll Bridge..

Started by JimK, May 9