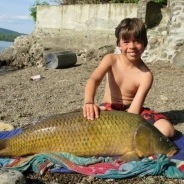 Construction on backside of Demo