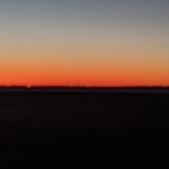 If not Van Staal, what…