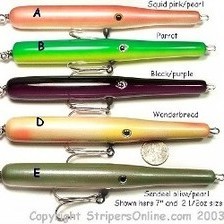 How do those bumpy ruts form?