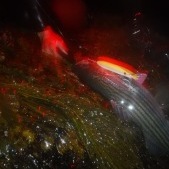 Flies for swinging in the current