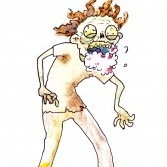 Started by Toad in Nj, July 23