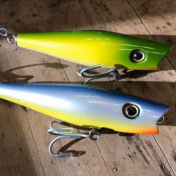 Hyped up lures that don't work for you?