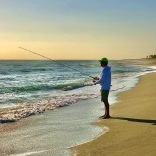 Talk me out off "Screw the yak, I want to buy a boat " thoughts