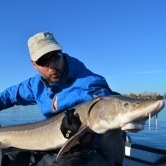 Penn Battle III out in July?