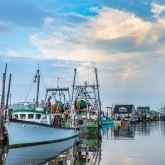 Save your casts and your arm