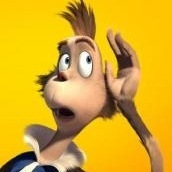 Was fishing this summer 2019, Better or worse than last year?

Was fishing this summer 2019 Better or worse than last year?   29 members have voted

Please sign in or register to vote in this poll.