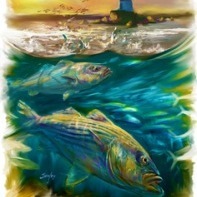 Started by The Salty Fisherman, October 5, 2019