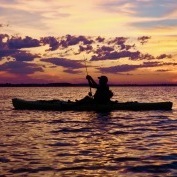 Yet another challenge for stripers