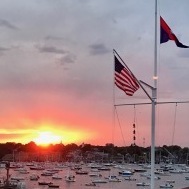 How's about limiting the size of fish you can keep?

47 posts in this topic