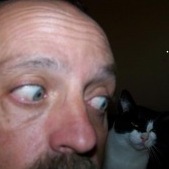 Driving the backroads and searching for fishin holes...