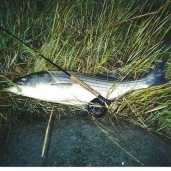 Attack on our Fisheries