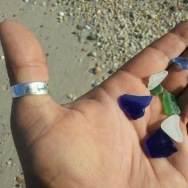 Fluke on the spoon?