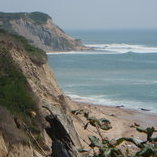 Sage (Credit when credit is due)