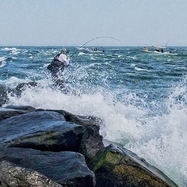 accessibility to the rocks in Maine