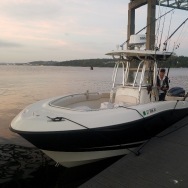 Tarpon in the Ruff Stuff