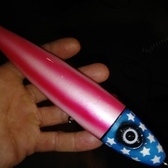 Who else is Going for the Cup?