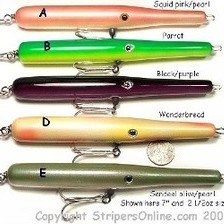 Cook your own catch...