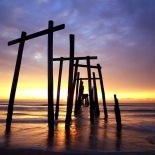 Check's in the mail