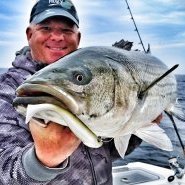 The past week in review (REPORT)