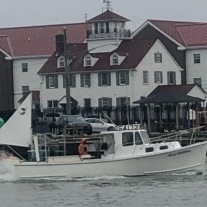 Any of you old guys remember this boat??